Interface building with Morfik: The database is your friend…

Morfik AppsBuilder is pretty much built around the concept of a data-driven application.  If you can get a specific information set out of the database, you should be able to present it with class in a Morfik application. 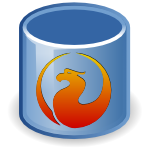 Though I’ve written a thing or two about this topic in the past, I can’t stress enough that sometimes it is just quicker and better to do some coding in the database layer of your application.  Sometimes a short stored procedure, which can be written in five minutes will not only yield the desired results but will do so a lot faster than a highly complex query which will take you over an hour to build in the visual designer.

Stored Procedures also offer you the opportunity to return special values for rows which would not otherwise be returned by your base query.

Several times, I’ve been asked about the availability of a menu control in Morfik.  I mean… How is it ever possible to create a menu without a menu control??? Well… There are several different ways to do it, some faster, others more flexible.  Some are even immediate.  The more observant of you might have already imagined that with a little bit of reformatting that hierarchical representation from my previous post can be made into a vertical menu of the type you quite frequently see used in website navigation.

In order to make a horizontal menu with drop down submenus you can use the new Dropdown control. This is, in fact, used in Morfik’s What’s New page with great looking results. Do you feel you need to create a menu with more sub levels than that?  Well, it is possible and easy to do so, using the same Dropdown control, however, I would advise you to revise your design ideas as they might be headed more towards a DOS application than a Web one.

It is not that I don’t think that Morfik AppsBuilder could have a menu control or a specialized menu editor.  I do however believe that it is much better go ahead and build a good looking menu in a couple of minutes with the available resources and move on to other parts of my application than to dwell on why is it that Morfik R&D hasn’t spent a couple of months building a such a menu designer yet.

Morfik’s database oriented design has helped me create several reasonably complex applications with very little coding. It does however require that you give some thought as to how you are going to divide up your pages into forms as each form can have its own data source.  It is, in fact, quite common for you to end up building a single page from a large number of small forms, each responsible for retrieving some bit of information and displaying it in the most appropriate manner.

For example, the page you see displayed in the Morfik Debug Browser in the following picture is the end result of combining together seven different forms.  I’ve placed red lines, roughly indicating where each of the forms comes in. 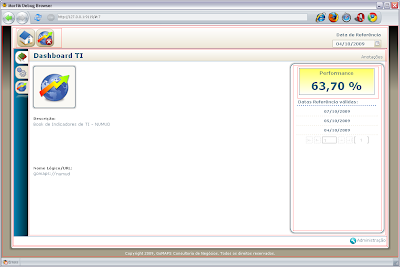 This is a screenshot of a test version of an application I’ve worked on recently and using totally bogus test data which tends to leave a lot of blank space in the page, but it should allow you to have some idea of how the structure for the page was created.

Whenever you think you’ve hit a show stopper in creating your Morfik application, take a step back and reconsider the problem.  Most of the time it turns out that there is a simple solution for your problem if you just approach it from a different angle.

This entry was posted in Architecture, Database, M22, Visual Design. Bookmark the permalink.

One Response to Interface building with Morfik: The database is your friend…